A tradition of environmental consciousness

The sparing and considerate use of resources has long played an important role for us at sternplastic. As early as 1993, we were one of the first German companies to be certified according to DIN ISO 9002. Since then, we have continuously evolved: For example, a photovoltaic system is installed on our head office’s roof, and we heat the company building with the help of a heat recovery system. 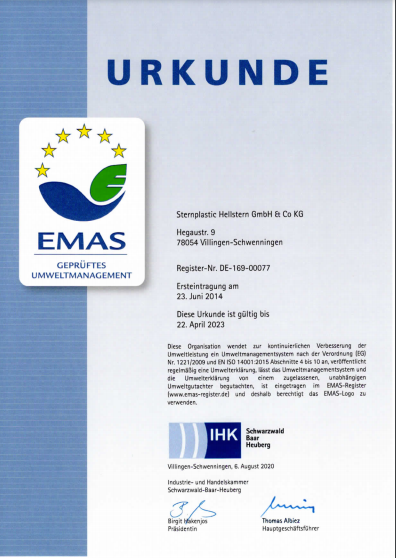 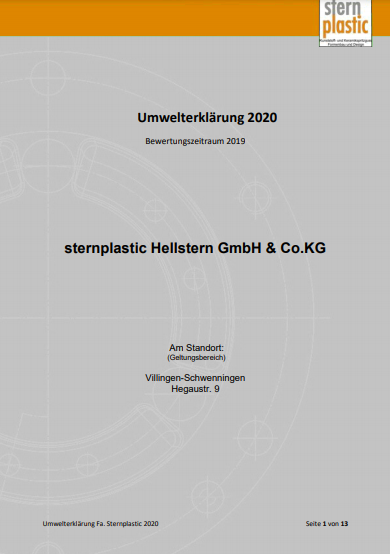